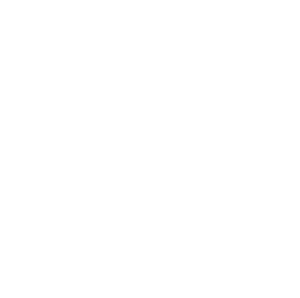 Mike was named President and CEO in 2021. When he assumed the position — as he still does today — he emphasized that even though there had been changes, there remains strong continuity in bank leadership.

“The best thing any leader of an organization can do is put the right people in the right positions and give them the tools they need to be successful and then get out of the way,” Mike said. “My job isn’t to micro-manage, but provide high-level direction and support. Employees respond better in that type of environment. They just need to know that you support them.”

Mike has been married to his wife Angela, who is a second-grade teacher at Fairhope West Elementary, for 25 years. They have three daughters and a 13-year-old miniature schnauzer named Lulu. Mike said Lulu is “a perfect member of the family and very sweet and loving to the five of us, but not so much to anyone else.” He said Lulu got kicked out of one kennel for being mean to the workers. He added, “Lulu’s gotten old and can’t see or hear very well, she still pretty much runs the house.”

We are champions of families and

Performance was outstanding across all lines of business, resulting in our best year of income ever. Our team worked tirelessly and seamlessly to guide our customers, our company and each other through a senior management transition and another year of the COVID-19 pandemic. We completed the acquisition of Town-Country and the integration went smoothly. The stock price remained steady and stable. UB Community Development had a busy year, closing several important projects and increasing activity in the affordable housing space.

This was all done during a global pandemic, relatively uncertain economic times and in the face of many other challenges. Yet, we did it. We generated impressive results and grew our company. We had a positive impact on the communities we serve and the lives of the people who live there. Which, to us, underscores the strength and viability of our mission of doing well while doing good. Of serving our customers, creating shareholder value and providing a rewarding workplace for our employees while enhancing and improving the lives of people throughout Alabama and beyond.

UB COMMUNITY DEVELOPMENT 2021 PROJECT HIGHLIGHTS
As Alabama’s premier financial partner for economic and community development, UB Community Development works to provide housing, build infrastructure, attract and grow businesses and bring jobs to the deserving people of our area. We call this doing well by doing good, and we believe it is some of the most important work we do. UB Community Development had a very busy and successful 2021, completing numerous high-impact projects throughout our footprint and beyond.